Students often use the wrong prepositions. So I have created this post in hope that this short explanation and practise will help them get at least some of the prepositions correct.
ADVERT 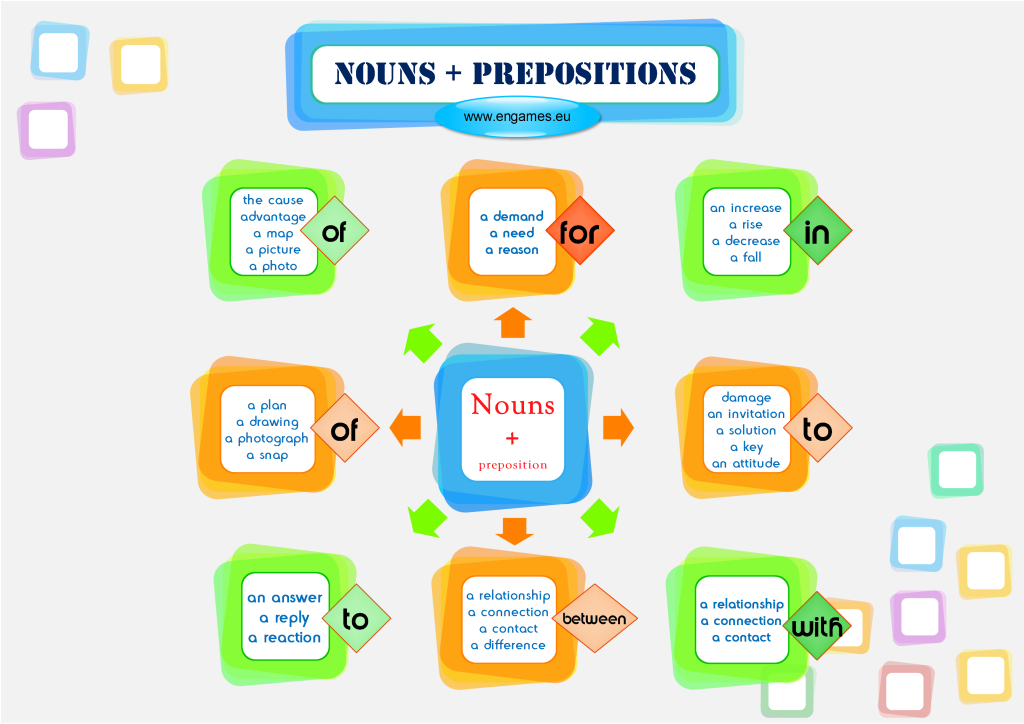 The basic nouns and prepositions.

You have probably noticed that several words are used with more than one preposition. In some cases there is a difference in meaning and in others there are none. Let’s have a look at these words:
Advantage of / in / to – the meaning is the same.
A relationship / a connection / a contact with – with one noun.
A relationship / a connection / a contact between – between two things or people
An attitude to / towards – both have the same meaning.

The first game is called Tower defence and it is in HTML5 so you can play it on any device (provided your browser supports this technology). First you have to solve the quiz and then you have to protect your castle against the invaders. Place your defenders and then click on the coins to earn more money and strengthen your defence. There are many levels. Enjoy, but first pass the quiz 🙂

The second game is called En Garde. This game is not supported on most mobile devices as it is in Flash. Your task is to choose the correct answer and then hit your opponent.

The third game is called Teacher invaders and your task is to protect your planet against the invaders. And from time to time you have to complete the sentence with a correct preposition.