The phrase USED TO is one of the highly productive chunks in English. I have already published a post on Used to but I have created several new activities since, and I would like to share those with you. So, in this post you will find several USED TO grammar activities which will help you teach this grammar point.

In this post there is a song by my friend Chris Barickman, a speaking activity, a game and a grammar worksheet.

This song is by my friend Chris Barickman. He is a tallented musician and the song is a great way to introduce the grammar. Ask the students to listen to the song and choose the photo of the man who sings the song. Is it the man in picture A, B or C?

After the song, it is the ideal time to highlight the grammar. Display the following infographic and show how affirmative sentences, negative sentences and questions are formed. 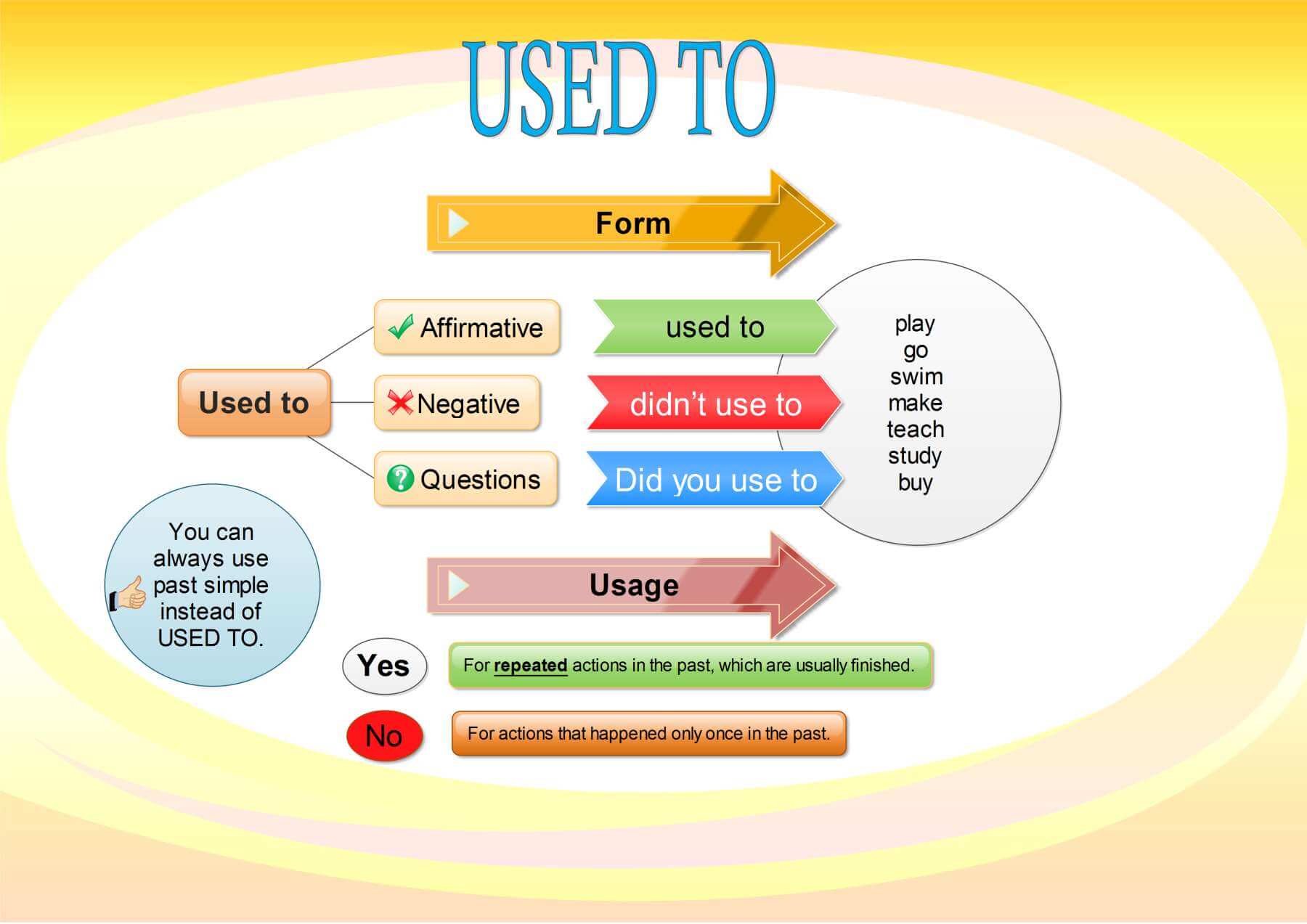 Remember to emphasize that USED TO is used for repeated actions or states in the past.

Print and hand out the following worksheets. Students work in pairs and one of them has got worksheet A and the other worksheet B. 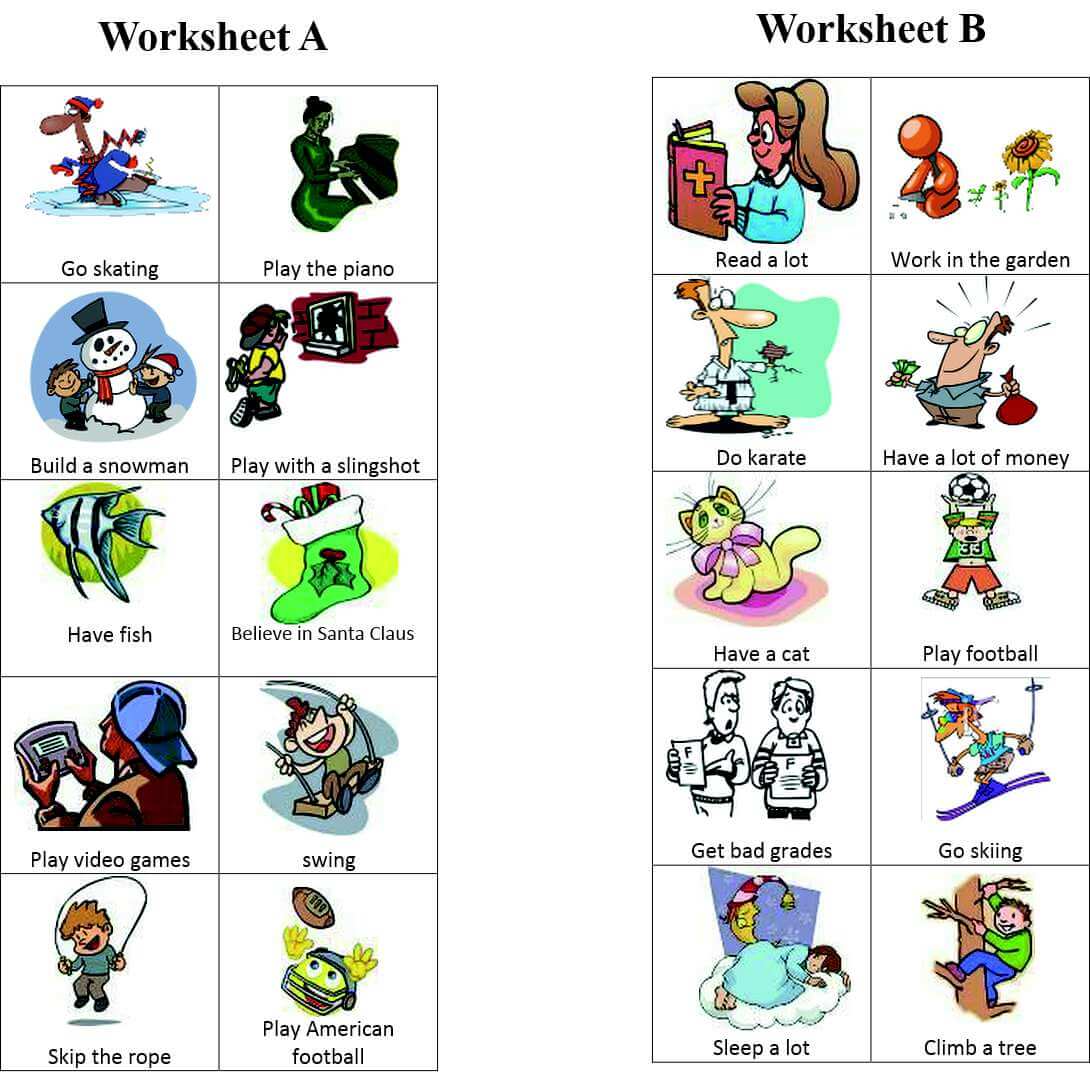 Ask the students to look at their worksheet and tick the things they used to do when they were younger. Remind them that they should tick only the activities they used to do often and yes, they can do them now too.

Students work in pairs and tell their partners what they used to do and didn’t use to do.

Then students ask their partner whether he/she used to do the activities in the pictures.

In the end students can write about their partner what he/she used to do.

Print the worksheet and ask the students to complete it. Used to grammar worksheet pdf

The first game is called Penalty Shootout. In this game you should choose the correct option and then try to score a goal. Good luck.

As the game is in Flash, it will only play on desktop computers.

The second game is in Flash and will play only on desktop computers. It is called On Target, and your task is to choose the correct option and then shoot all the bad cows and ducks. You can shoot one of the bottles on the wall to get a bonus. Enjoy.

Gerund or infinitive – On target game

As I write above, I have already created one post on USED TO. You can find here.

There are some great games and exercises at British Council site too.

There is a nice explanation at BBC learning English.