Reported speech is often considered very difficult. Students fear the backshifting of the tenses, because they often do not know the tenses very well. If they struggle with the formation of the past tense, you cannot expect them to recognize it and backshift it to the past perfect tense. To avoid all this hassle I came up with a simple system to help students with the backshifting in reported speech.

In this system students do not worry about the names of the tenses. They just learn a few key words and their reported counterparts, and then they are able to form the reported speech correctly.

In this post you will find an infographic and several exercises to practise the rules outlined here.

The following infographic shows the most frequent backshifting changes in reported speech. 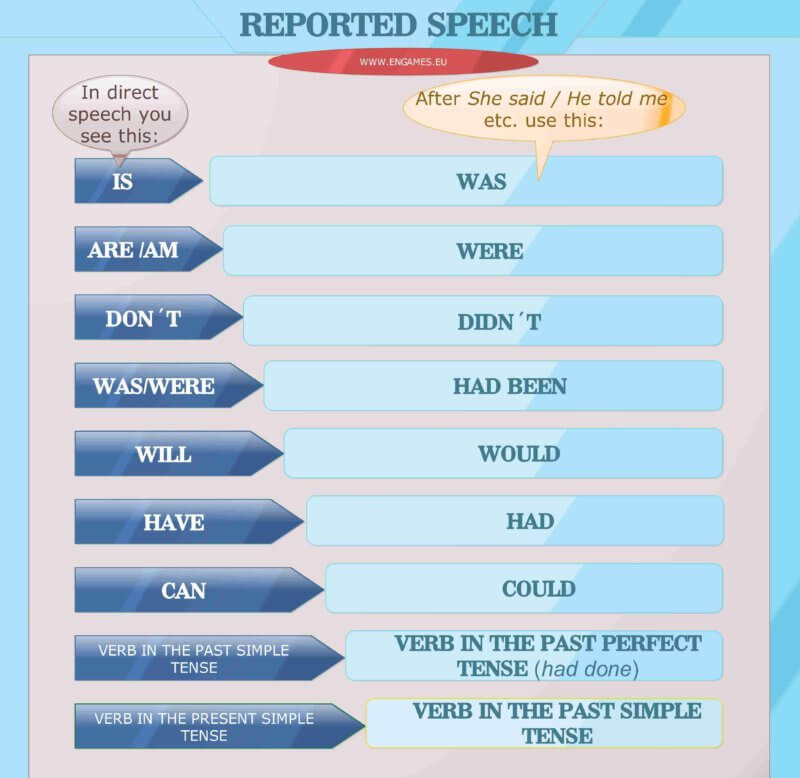 Remember to inform the students that reported speech is used after phrases like SHE SAID, HE TOLD ME, THEY INFORMED ME, etc. In other words, after the past tense of a verb that means to give information.

In this part there is a worksheet for your students to use to practise the grammar. 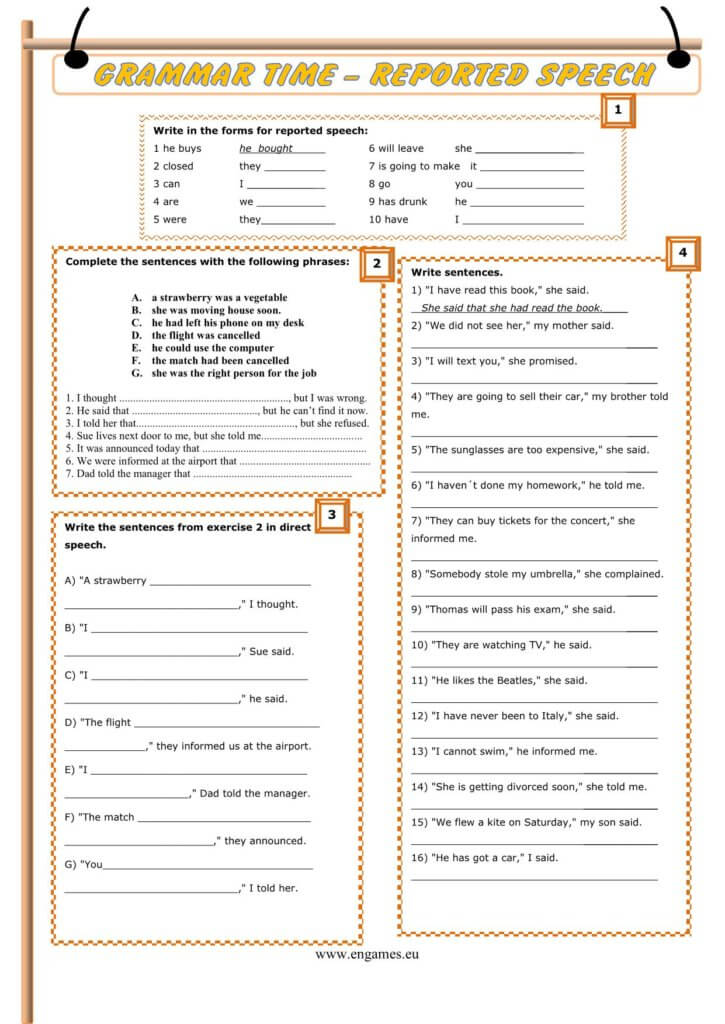 You can print the worksheet with the exercises here.

In the first exercise, students should write the verb that will appear in reported speech.

In the second exercise, students complete the sentences with the correct options. All the sentences in this exercise are examples of reported speech.

In the third exercise, students should transform the sentences from exercise 2 into direct speech.

In the last exercise, students transform the direct speech into reported speech.

Past tense of regular verbs