In English there are many ways to speak about future and at the same time there are many grammarians who claim that there is nothing like a future tense in English. I do not want to discuss this issue here, I would only like to present two ways of speaking about future. 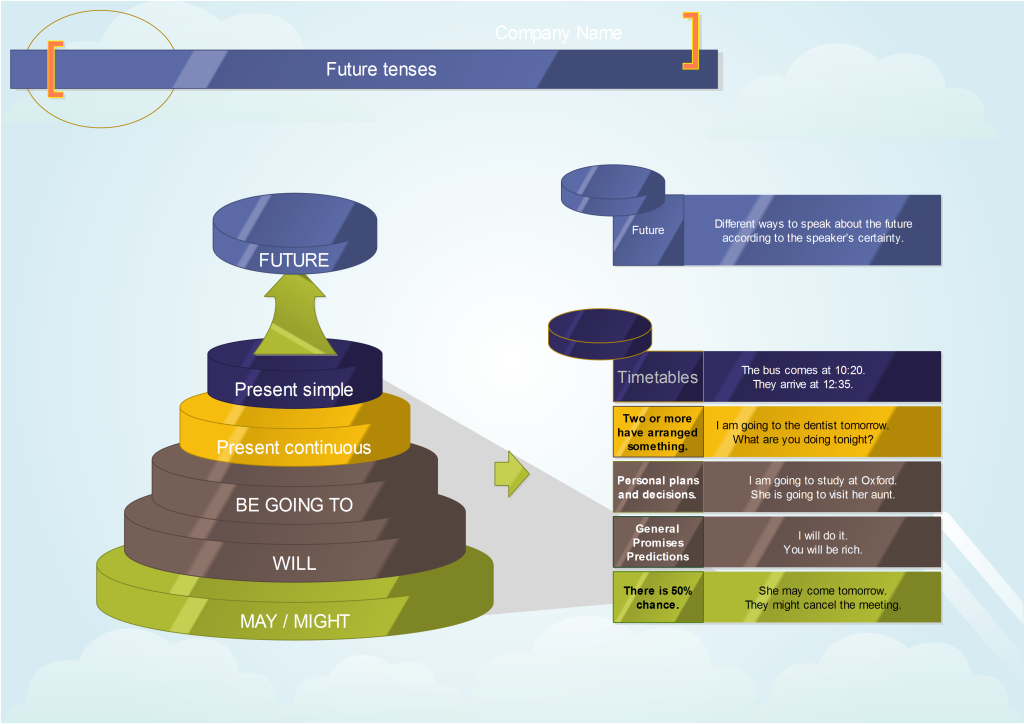 And in this post, I would like to deal with the tenses that are at the bottom of the pyramid: MAY/MIGHT and WILL.

MAY/MIGHT and WILL – mind map

First study the following mind map. Notice that MAY/MIGHT does not make questions about the future. Moreover, there do not exist any short forms of the negatives of MIGHT and MAY (no mayn’t or mightn’t.) 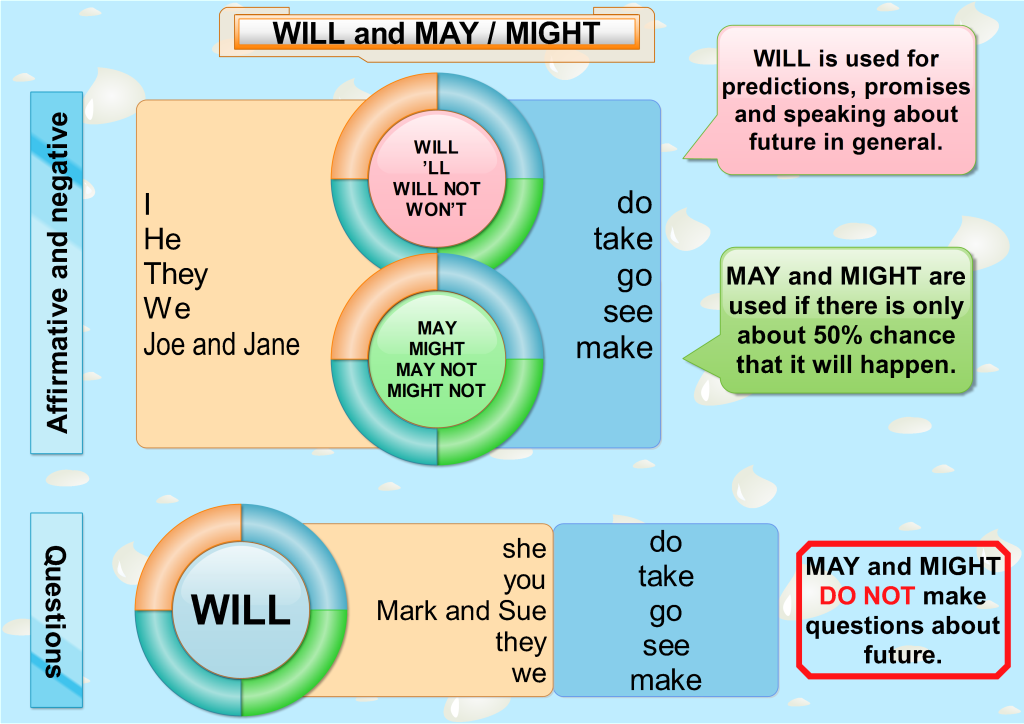 WILL is the most frequent form used to speak about the future. So if you are in doubt, use WILL. In both cases the verbs used after the words MIGHT/MAY and WILL are always in their basic form (in the infinitive without TO).

MAY/MIGHT and WILL – GAMES

Once you have studied the mind maps and the explanations above, it is time to practise all you have learnt in several games. The first game is called On Target and your task is to choose which word best suits into each gap. If you answer correctly you will be given a chance to shoot the bad ducks. You can shoot a bottle too and get a bonus.
Will and Might – On Target In the second game you should choose the correct form again and score a basket. Good luck.
Will and Might – Hoop shoot

9 Comments so far. Feel free to join this conversation.