In this post you should learn to read and write numbers in English. To help you with this I have created a simple graphical presentation and three games. I hope you will find them useful and that it will help you learn English better.

Have a look at the graphic and read the instructions how to read and write the numbers. Each explanation includes several examples which are listed bellow, next to the planet.
ADVERT: 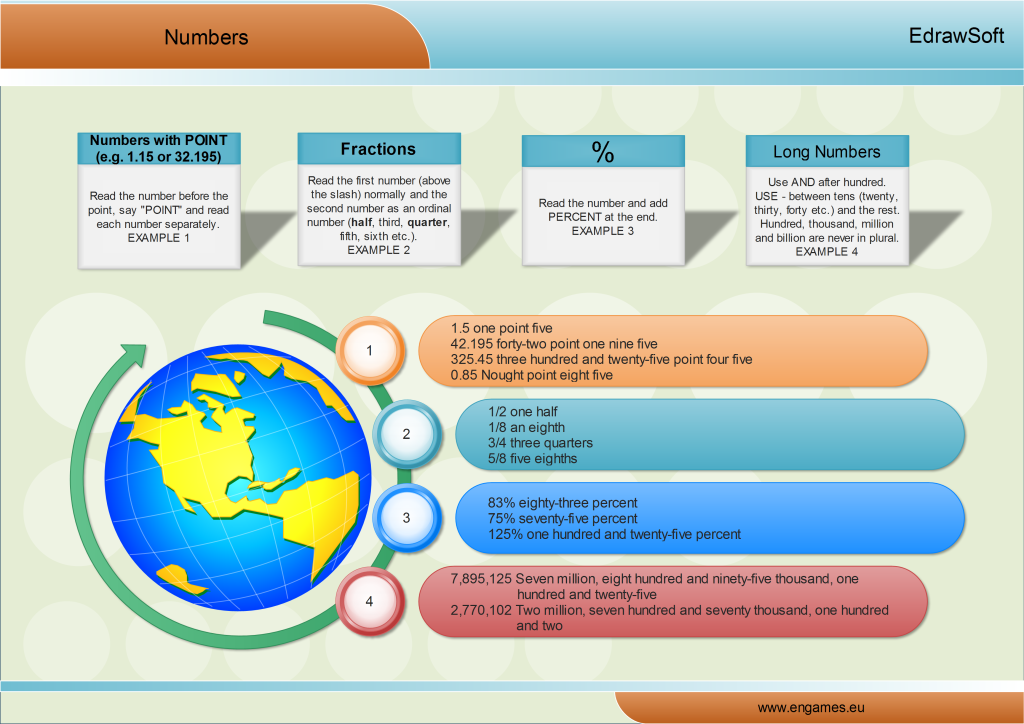 In the following section you can find several games to practise numbers. The games are ordered from the easiest to the most difficult.
The first game is called Half a minute and your task is to write the number within half a minute. In fractions use a slash (/). Half a minute – game

The second game is called Teacher invaders and your task is similar to the previous game. You should write the numbers correctly andsave the Earth against the Teacher invaders.

The last game is the most difficult one. It is called On Target and you should choose the correct way that a number is written in words. When we played the game at school the students got only 40% of the answers right. Will you be better than them?

I hope that by now you know the ways to read and write numbers in English. If you want to learn more English vocabulary, you can try here Animals, Furniture or Plants. Each of the posts contains a video, a mind map and several games to practise the words. Enjoy